We’ve had a lot of questions about the beautiful song that accompanies the recent DAWN commercial that kicked off the “Dawn Wildlife Champions” program this summer. 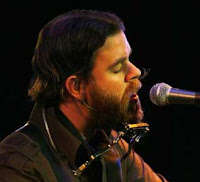 The song is by singer/songwriter Joe Purdy and it was on his “Julie Blue” album that was released in 2004. The song is “Wash Away (Reprise) and you can listen to more of this terrific music on his album on Purdy’s website.

The “Wash Away” tune was also featured on the first season of the hit ABC-TV series “Lost.” Purdy self published all his music through his own label, Joe Purdy Records.

Joe is from Arkansas and after working on a loading dock and as a high school counselor broke into the L.A. music scene with his StompinGrounds in 2003.