If you’re in the Santa Cruz/Monterey area this weekend, we’d a recommend the Capitola Art & Wine Festival on September 12-13. Please check out artist Karen Nevis’s booth #20 to see her wonderful work. The festival is located at the Esplanade in Capitola, CA.

Karen will have a new 2010 Santa Cruz~Aptos-Capitola Calendar available this weekend. The calendar features her watercolors of animals and life along bay. It also has information and photos about IBRRC’s bird rescue efforts and how folks can better treat the environment they share with birds and other critters.

If you can’t make these events, the calendars will be available in stores September 15th. Check her website for more information: http://www.karennevis.com/ 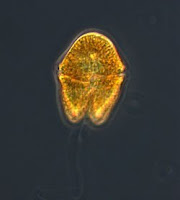 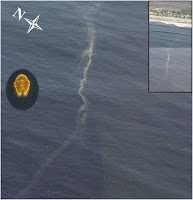 About 613 birds have been rescued and at least 300 are being treated at the Cordelia bird center. The incident seems be caused by a naturally occurring red tide or algae bloom in the bay waters from Marina Beach north to Santa Cruz.

Dead and sick surf scoters, fulmars, grebes, loons and other near-shore birds began appearing on Monterey Bay beaches on Nov. 10. A second die-off hit again on November 24. The birds were initially brought to Marine Wildlife Veterinary Care and Research Center in Santa Cruz and also transported to the IBRRC/OWCN’s San Pedro bird center. Now the OWCN center in Solano County is taking all new birds rescued in the spill.

The mysterious oily substance on birds was first thought to be a man-made spill. However, Dave Jessup, a California State Fish and Game senior veterinarian, says birds that turned up sick or dead weren’t killed by the San Francisco Bay oil spill or aerial spraying to eradicate the light brown apple moth.

“At this point we believe it’s related to the algae blooms,” Jessup said.

Red tide is a catchall phrase describing seawater with microscopic organisms that blooms causing it to change colors. What causes this is open to speculation: It could be weather pattern changes, fertilizer runoff after a hard rain, or a higher exposure to sunlight.

The part of the bloom sickening seabirds is a a water-soluble protein called a “surfactant.” It foams when it comes in contact with water, but state officials are still trying to determine the protein’s source.

Because the seabirds were not sickened by an oil spill or other human-caused incident, the Department of Fish and Game halted its bird rescue efforts November 27. Later this week on November 29, Fish and Game reactivated the spill response. Members of the Oiled Wildlife Care Network (OWCN), veterinarians from UC Davis and IBRRC’s experienced wildlife rehabilitation staff are now working on the spill.

The spill was dubbed the “Moss Landing Mystery Spill” because a large number of birds first beached themselves near Moss Landing Harbor in Monterey Bay.

As a non-profit, IBRRC is asking for public donations to offset the high cost of treating these birds. Donate Now

The International Bird Rescue Research Center (IBRRC) plays two major roles within the Oiled Wildlife Care Network (OWCN). First, IBRRC acts as the lead oiled bird response organization that, under the management of the OWCN, responds to most of the oil spills that affect birds, reptiles and fresh water aquatic mammals in California. Secondly, IBRRC is contracted to develop and teach a series of annual trainings for OWCN participants. These trainings are designed to familiarize members with concepts in oiled wildlife capture and rehabilitation.