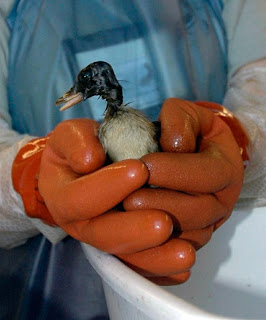 As I reflect on our accomplishments in the past year, I want to thank you for making this work possible through your continued support and encouragement.

Supporters like you are vital to keeping our rescue centers up and running – so that we can continue to save birds from all types of crises, maintain our ongoing research and training, and remain prepared to deploy at a moment’s notice in response to a massive emergency like the Deepwater Horizon oil spill in the Gulf.

During the months many of us were in the Gulf, supporters like you made it possible for us to continue all the other rescue work we do around the clock, every day – and there was plenty of it. Below are just some of the numbers that paint the picture of our ongoing work made possible through your support:

365 — days each year we are caring for oiled and injured birds at our two rescue centers in California.

5406 — total number of birds treated at our rescue centers so far in 2010. The five most common species treated were: Mallards, Brown Pelicans, Black-Crowned Night Herons, Western Grebes, and Canada Geese. 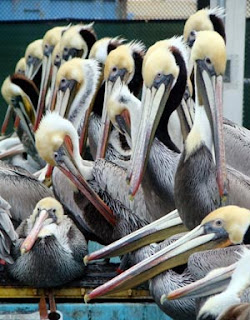 2839 — number of Pacific birds admitted and treated at our two rescue centers in California between April 20 and September 30, during the height of the Gulf spill.

5 – the number of oiled birds received in the last week from natural seep along the California coast.

600 —number of critically ill pelicans treated by us following the heavy rains, flooding and pollution from run-off that hit the California coast in January 2010.

5 — pounds of fish consumed by a recovering pelican every day.

39 — number of years IBRRC has been rescuing and saving injured seabirds from crises. (That’s right, 2011 is our 40th anniversary!)*

24/7 — hours and days a week IBRRC is on-call for wildlife emergencies.

Again, I can’t thank you enough for helping to make this work possible. We truly could not do it without you.

*P. S. We look forward to keeping you updated on our plans to celebrate IBRRC’s 40th anniversary in the spring of 2011.

This entry was posted on Wednesday, November 24th, 2010 at 5:49 pm and is filed under Uncategorized. You can follow any responses to this entry through the RSS 2.0 feed. You can skip to the end and leave a response. Pinging is currently not allowed.