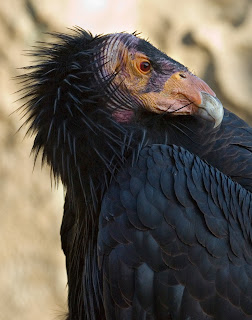 An endangered California Condor that was among the first six birds released to the wild in 2003 died this week from complications caused by lead poisoning.

The bird Number 286 died Monday at the Los Angeles Zoo where officials worked for more than a month to remove lead from his bloodstream. His weight had dropped to half of his 24-pound body weight.

The condor was poisoned by ingesting lead ammunition used by game hunters in the area of Pinnacles National Monument near Salinas, CA. See the CondorCam

Since 2003, the Pinnacles has been the site of successful 23 condor releases. There are 322 Condors alive today. Of those, 150 are in captivity and 172 have been released in the wild in California, Arizona and Baja California area in Mexico. Details

This entry was posted on Wednesday, May 13th, 2009 at 2:07 pm and is filed under Uncategorized. You can follow any responses to this entry through the RSS 2.0 feed. You can skip to the end and leave a response. Pinging is currently not allowed.